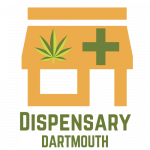 Bubba Kush is a hefty cannabis hybrid with a large following. While one breeder of this strain was an OG Kush plant, the other was was an anonymous Northern Lights variant resurrected from Mardi Gras in New Orleans, according to the strain’s primary L.A. breeder; this nameless mother strain fondly became known as “Bubba,” and has since been lost. Bubba Kush was only available as a clone before 1998, but it has since been duplicated and its roots packaged and marketed. Bubba Kush is a traditional indica that provides a strong sedative high while yet allowing consumers to function. It often has a significant amount of THC, spanning between 15% to 22%.

There are no reviews yet.

Be the first to review “Bubba Kush” Cancel reply